The gallery is always open one hour before and one hour after each performance, primarily for theatre Minor spectators. 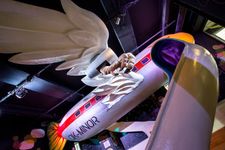 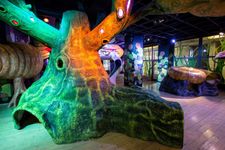 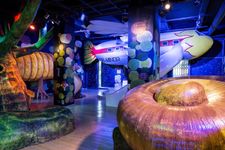 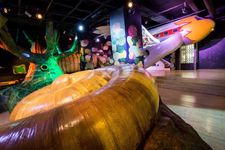 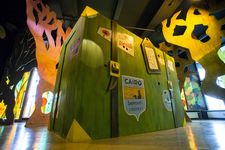 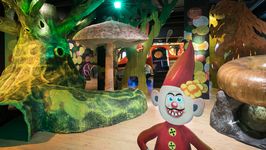 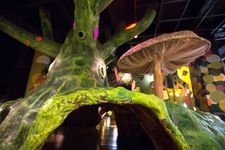 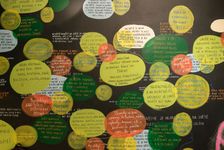 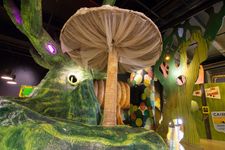 More than an exhibition space, this gallery is a place where you can play, mess around, and even relax.

Last year’s installation in our relaxing Minor gallery has been elegantly recycled and it has partially covered itself in forest wood. Our explorer and adventurer Josef Minor Ph.D. has tumbled here with his scientific aircraft.

Some of the air laboratory’s functions were preserved. Dust off your biological-chemical-physics imagination and help Josef finish his investigative journey!

And once you are tired from all the adventure, you can enrich your biological and backwoods knowledge by reading the information-filled walls around you.

Jakub Zich was born in Prague in 1970. After completing the High School of Art, he joined the Academy of Arts Architecture And Design in Prague (VSUP) in animated film studio. He learned from doc. Miloslav Jagr first then he visited prof. Jiri Barta. His graduation film named Vandrak Charlie you can find on www.youtube.com.

To his own surprise finished his studies. Nevertheless, he did not have a regular job until the Minor theatre trapped him.

His brother John, who is a graphic designer and author of most printed materials of the Minor theatre, he contributed significantly to the art form of contemporary theatre face.

With his four children and his wife Maria lives in the town of Cerny Vul near Prague (exact address will provide the theatre). He likes to visit junkyards where are to find very strange things from which he creates the beautiful then.

In the movie by Vit Pancir Sestra (2008) Jakub played a major role.

Currently, in addition to working in Minor Theatre he leads the Studio of Film and TV Graphics at Academy of Arts (VSUP).