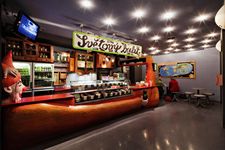 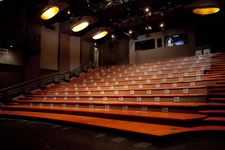 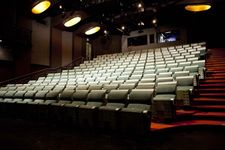 The new theatre building situated in 6 Vodickova St. was opened in December 2001. In 2002 it won the prestigious Prize from the Mayor of Prague and Building of the Year Award.

The architectonic project was prepared by the ATD Atelier lead by the architect Ales Kletensky. The interior was designed by Viktor Korejs who, together with many more artists, created happy colourful and segmented space encouraging child’s phantasy. The entrance to the Detska Passage, a ticket office, an audience cloak room, sheet metal dummy on a steel column and the bar on the first floor were created by Zich brothers. Smelted glass relief heads, the glass and the light mosaic can be found on the first as well as the second floor and were made by Mr. and Mrs. Jelen.

On the 10th anniversary of the new theatre building opening there were some fundamental changes happening in the Passage Minor. There is to find the theatre shop and the Minor Theatre Gallery, which expanded to a year-round interactive exhibition.